If you’re doing Tim Keller’s The Songs of Jesus devotional book this year (it was the “everyone gets a copy” stocking stuffer in the Berndt house and, even though it’s only been a few days, it’s safe to say that the book has already gotten way more use than the posture braces that Santa left under the tree in 2013), you read Psalm 3 this week. It’s a short one, and for those who don’t have the Keller book or a Bible handy, here it is:

Lord, how many are my foes! How many rise up against me! Many are saying of me, “God will not deliver him.”

But you, Lord, are a shield around me, my glory, the One who lifts my head high. I call out to the Lord, and he answers me from his holy mountain.

I lie down in sleep; I wake again, because the Lord sustains me. I will not fear though tens of thousands assail me on every side.

Arise, Lord! Deliver me, my God! Strike all my enemies on the jaw; break the teeth of the wicked.

From the Lord comes deliverance. May your blessing be on your people.

Now, there was a time when I would have read this psalm (or similar ones where David is getting chased by people who want to kill him) and think, “I can’t really relate.” I mean, I don’t feel like I have a lot of “foes” or people who “assail me on every side.” I love the parts in Psalm 3 about God answering me or helping me sleep in peace, but breaking teeth? Excuse me? I can’t think of anyone (even those girls who would never sit with me at lunch, back in middle school) that I would wish that one on.

And I said as much to my running partner, Lynne. She’s my go-to gal on a lot of Bible head-scratchers, and she fielded this one with her customary wisdom and grace.

“Jodie,” she said, “you might not have enemies in the way that you think of them, as in real people. But what about fear, or doubt? What about sadness, discouragement, insecurity, and worry – or anything that keeps you awake at night?”

Ah. She had a point.

But she wasn’t finished.

“You know we all have an enemy,” Lynne continued. (And I did; the Bible says that “our enemy the devil” prowls around like a lion, looking for someone to devour.) “Don’t you think Satan wants to assail you? And don’t you think he can use things like fear and uncertainty to get the job done?”

Ahhh, yes. Yes he can. And when I began to picture discouragement or fear as my foes, it suddenly became very easy for me to pray that God would step in and render them toothless! 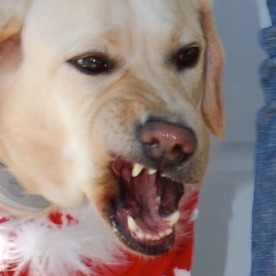 Yes. That is our dog Khaki. I know it’s not a flattering shot, but…those teeth. I had to show you.

(And alert blog readers will note the fluff of white, just below Khaki’s chin, which explains a lot. When she doesn’t have to wear a Christmas Sweater, she’s actually a decent-looking dog.)

I don’t know who – or what – you are facing today. But if you feel like you’re under an attack of any kind – whether a real person is conspiring against you, or if it’s things like fear and worry that are taking a bite out of your joy – take Psalm 3 and wrap it around yourself. Call on God, and let him be your shield.

From the Lord comes deliverance. May his blessing be on you today.

“Failing to plan is planning to fail.”

I used to write books for a financial brainiac named Ron Blue, and that was one of his money management maxims. He was talking about things like spending and investment strategies, but his counsel applies to pretty much every area of our lives. We make fitness plans, business plans, even dinner plans – all because we know, either instinctively or cuz some trainer or consultant told us, that having a purpose and a strategy are keys to accomplishing any goal.

The same can be said for our spiritual growth. It doesn’t “just happen.” We know that, of course (and plenty of us approach the new year with a fresh resolve to go to church, pray more consistently, or read our Bibles), but without a clearly defined plan, our best intentions can fizzle.

At least that’s how it works for me.

Last week, I wrote about light. If you’ve already got a plan to light up your life in 2016, you don’t need to keep reading. But if you’re looking for a strategy – something to keep you moving forward, all year long – here are four of my favorite ways to add the Bible (the best kind of light!) to your schedule: 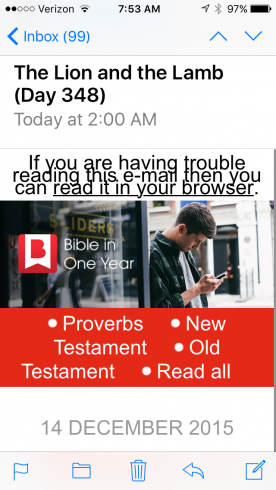 The Bible in One Year. This free Bible reading app from Nicky and Pippa Gumbel (you may know Nicky as the guy who launched the wildly popular Alpha course) shows up in your in-box every morning, with three different passages to read and insightful commentary to help you process and understand them. Click here to subscribe. 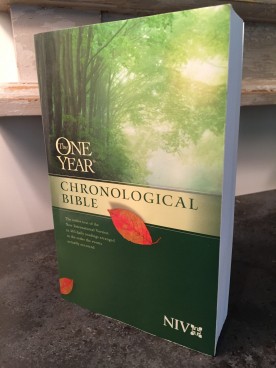 The One-Year Chronological Bible. I’ve mentioned this one before (it was the one-size-fits-all family gift a couple of years ago and a significantly better choice than the posture braces that showed up under the tree in 2013). It has all the same words you’ll find in a normal Bible, but the readings are arranged in the order in which the events actually happened. There are several versions available; click here to order the one I am giving Charlie, since he is new to the fam and acted sad when he heard he’d missed out on getting a copy. But don’t tell. 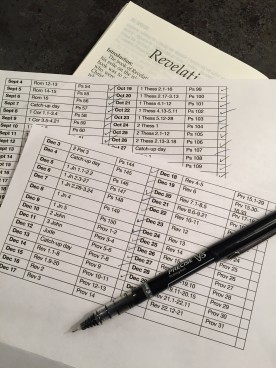 The Two-Year Bible Reading Plan. I like this one because “Two-Year.” As in, it takes two years, so the readings come in shorter chunks. Plus, they give you periodic “catch-up” days, which are much-needed mulligans for people like me. Pro: This is a free download. Potential Con: There are no notes or commentary, so if that’s high on your list, you may want to purchase the accompanying Guided Tour book. Click here to get the free printable PDF of the Two-Year Plan.

The Songs of Jesus. New this year from Tim Keller, this beautiful devotional takes you through an entire year in the psalms, which were originally worship songs in ancient Israel. In addition to shaping how we understand and relate to God, Keller says that the psalms “anticipate and train you for every possible spiritual, social and emotional condition – they show you what the dangers are, what you should keep in mind, what your attitude should be, how to talk to God about it, and how to get from God the help that you need.” Alrighty then. Click here to order your copy.

Okay, so we have just over two weeks to order, download, or do whatever we have to do to put our plan in place. Which is good news. Because sometimes even the best laid plans need a little, ah, tweaking… 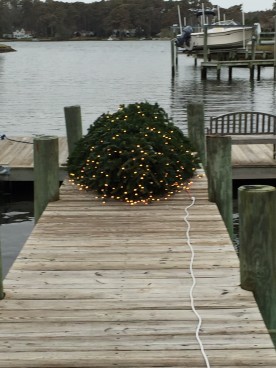 Yeah. Buddy the Elf is gonna be pretty sad when he gets home from work.