“In my distress I called to the Lord; I cried to my God for help.”

If you’re using the Bible in One Year (a free reading app that comes with commentary; click here to get it), you read about David’s distress – and God’s incredible deliverance – in Psalm 18 this week. God hears David’s cry and, after an earth-shaking display of majesty and power, he reaches down – “all the way from sky to sea.”(MSG) 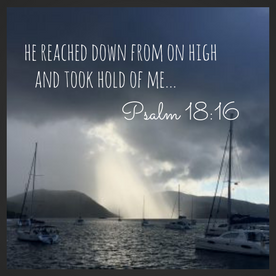 If you find yourself in David’s place (pursued by foes, feeling overwhelmed and entangled, or just needing to know that your Daddy is there, and that he hears you), take heart. “He rescued me,” David says, “because he delighted in me.” I like how the Message translation puts that line:  “I stood there saved – surprised to be loved!”

God delights in you.

God delights in you! And he is ready to save.

So…ask for his help. Call on him. Make Psalm 18:16 your prayer, knowing that you (and your children, if you’re praying this prayer for them) are never out of God’s reach: 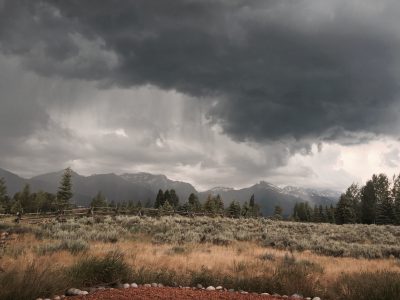 Nature’s beauty, though, doesn’t come close to the power of God. Consider the glimpse we get into his majesty from Psalm 18. Verse 6 sets up the story:  In my distress I called to the Lord; I cried to my God for help. From his temple he heard my voice; my cry came before him, into his ears.

God hears. And here’s how he responds:

The earth trembled and quaked…He parted the heavens and came down; dark clouds were under his feet. He mounted the cherubim and flew; he soared on the wings of the wind. He made darkness his covering, his canopy around him – the dark rain clouds of the sky. Out of the brightness of his presence clouds advanced, with hailstones and bolts of lightning.

That’s just part of the picture; you can read more about God’s thundering voice, his smoking nostrils, and the blazing coals if you read the whole psalm. But when you do, don’t miss verse 16. It’s tucked in there amid all the clanging and banging, and it’s easy to overlook:

He reached down from high and took hold of me.

You have to admit, that’s pretty amazing. Here’s God, thundering in the clouds – with fire coming out of his mouth and bolts of lightning going everywhere – advancing with so much power that the mountains shake.

Why? Why would he do that, just because he heard someone cry?

I’m tempted to quote The Princess Bride (again) and say, “True Love.” But in the interest of not offending anybody who can quote verses like Deuteronomy 4:2 (which warns us not to add anything to God’s word, or take anything away from it), I’ll just stick to the Psalm. Because verse 19 gives us the answer:

He rescued me because he delighted in me.

I don’t know about you, but I sometimes find it hard to believe that God could delight in me. But he does. And delights in you, too. And so the next time we see a storm racing in off the horizon (whether it’s a literal storm, or the scarier, metaphorical kind), let’s remember Psalm 18. Let’s remember that we serve a God who is powerful enough – and who loves us enough – to show up.

And, when he hears our cry, to reach down.