Hebrews 11, informally known as the Bible’s “Hall of Faith,” catalogs a long and glorious list of Old Testament heroes, people who followed God and did what he asked them to do, even when they weren’t sure of the outcome. And, in fact, things didn’t always go the way most of these folks thought or hoped they would. Sure, some of ’em got to cross the Red Sea on dry land or shut the mouths of lions, but others were tortured, stoned, and (v. 37) “sawed in two.” These people led exemplary lives of faith and yet, near the end of the chapter, we learn that “none of them received what had been promised.”

That might sound like a faith downer, but it’s not. It’s a set-up for the Hebrews 11 punchline, the very last verse in the chapter: “God had planned something better for us so that only together with us would they be made perfect.”

God had planned something better. 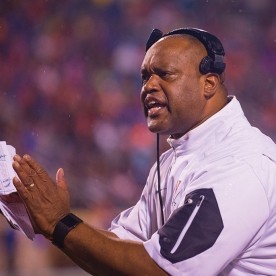 Reading those words today, I couldn’t help but think about U.Va. Coach Mike London. Widely regarded as a top-notch recruiter and a powerful influence for good (he served as a father figure and role model to many of his players, asking that they go to class, show class, and treat people with dignity and respect), London did just about everything you want a coach to do. Everything, that is, except win a lot of football games. On that score, at least, things didn’t turn out the way U.Va. fans hoped that they would. And, after six years of losing a whole lot more than he won, London resigned on Sunday.

You’d think the victory-starved fans would be happy to have London gone (and maybe that one guy who sits two rows behind us and spends most of the game screaming about the penalties can finally give it a rest). But most folks (including Robbie, who groaned every time the third-and-long screen pass didn’t work, which was pretty much every time) seem a little sad this week. We know we’re losing a good man.

After Saturday’s loss to Virginia Tech (and yes, we were there, with our two new Hokie sons-in-law, who had the decency to keep quiet and just eat the leftover charcuterie during our post-game tailgate), London gave what turned out to be a farewell speech. He said he was proud of his players, both for their character and for the things they had dealt with during an admittedly challenging season. “It’s important,” he said, “that they understand this is a tough game, you win, you lose, you try to get better, you try to move forward, but it’s a tough game. There’s consequences for a lot of things. I just told them, you’re going to be a husband, a father, a son, an employee, an employer, much longer than you’re going to be a football player. Your identity is not tied into being just a football player. I get it, we’re graded on wins and losses, I understand that, but you’re so much more than that.”

Word is that players and fans have heaped messages of love and support on Coach London, both in person and via social media. Having watched pretty much every game he coached (except for William & Mary this year, cuz we figured Hillary might notice if we didn’t show up for her wedding), I’d like to add my thoughts to the mix:

Thank you for all of the good things that you brought to U.Va. football.

I’m thinking about you today, grateful for a man who knows that his identity is not just as a football coach. You are what you’ve modeled for your guys: You are a good husband, father, son, and employee. And, in the things that really matter – the lessons that last, game after game, season after season – you are a mighty good coach.

I know that you love the Lord and trust his hand in your life, which is why I hope you will get it when I point to Hebrews 11:40 and say that God has planned something better. U.Va. hired you to win games; God called you to win lives. That’s a calling you have pursued with excellence, and it’s one that won’t stop when you walk out of Scott Stadium.

Hebrews 11 is full of people just like you, men and women who followed God, spent their lives on behalf of other people, and lived by faith when they couldn’t see any evidence of the things they hoped for. They might not have known the fruits of their labors, but they knew back then what we still know today: God will one day make us perfect. Their faith, your faith, and our faith will finally come together to make a completed whole. The best is yet to come.

May the Lord richly bless you and your family as you continue to follow him. The best really is yet to come.

And in the meantime, thanks for the memories. 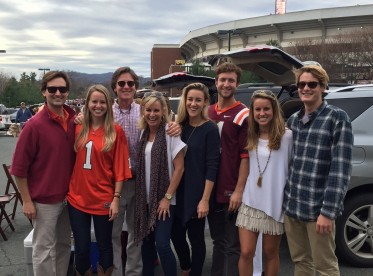 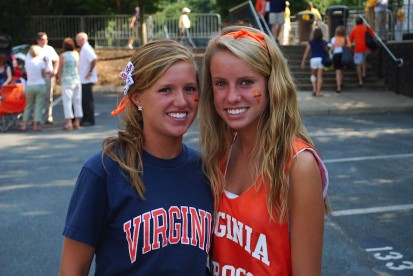 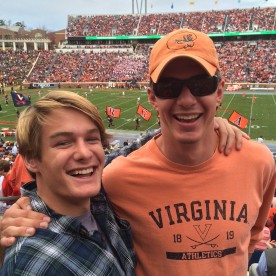 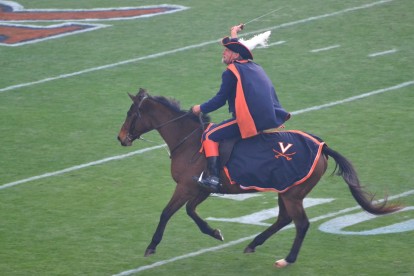 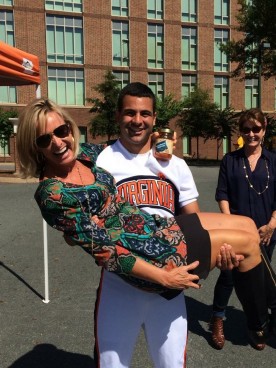 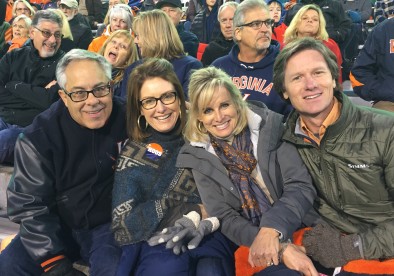 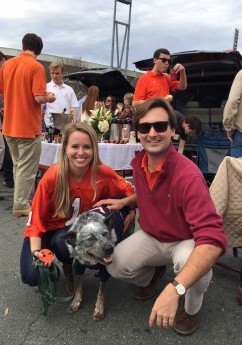 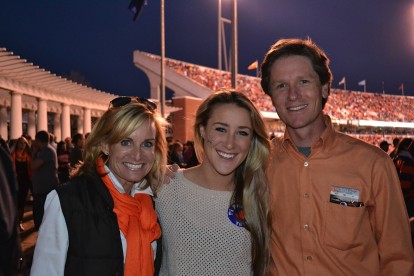 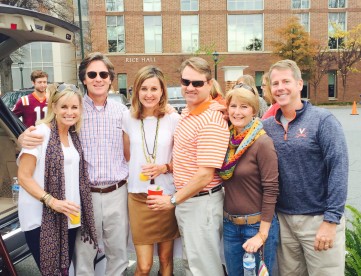 (Many thanks to the Cavalier Daily for the photo of Coach London.)