To all my Tar Heel friends: Congratulations!!! Way to make it to the Final Four! I’m with you! 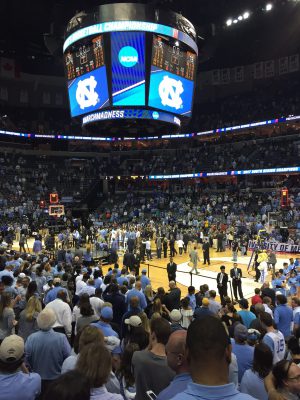 (And yes, I was actually screaming at the television on Sunday night when your boy Luke sunk that incredible game-winning shot. I thought he was adorable then, but now that I’ve read where he showed up for his 8:00 a.m. class the next morning, I am smitten.)

It’s thanks to you, Carolina, that my bracket still looks okay. I always take every ACC team as far as they can go, and this year I could still be half right. I figured you’d make it all the way thru, at least until you met U.Va.: 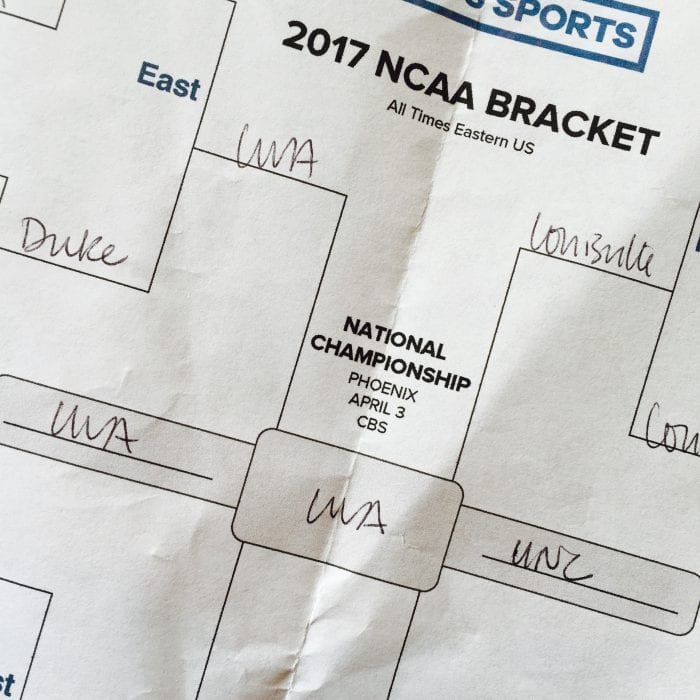 I love U.Va. Basketball. And even though the pundits didn’t give us much of a chance after we broke up with our big man, I thought we’d still be okay. Because Tony. And London. And those cute first-year boys (who will only get better). And so, when tournament time rolled around, I was all in.

I prevailed on Robbie to make his one-and-only signature dish (unless you count frozen pizza, at which he also excels): 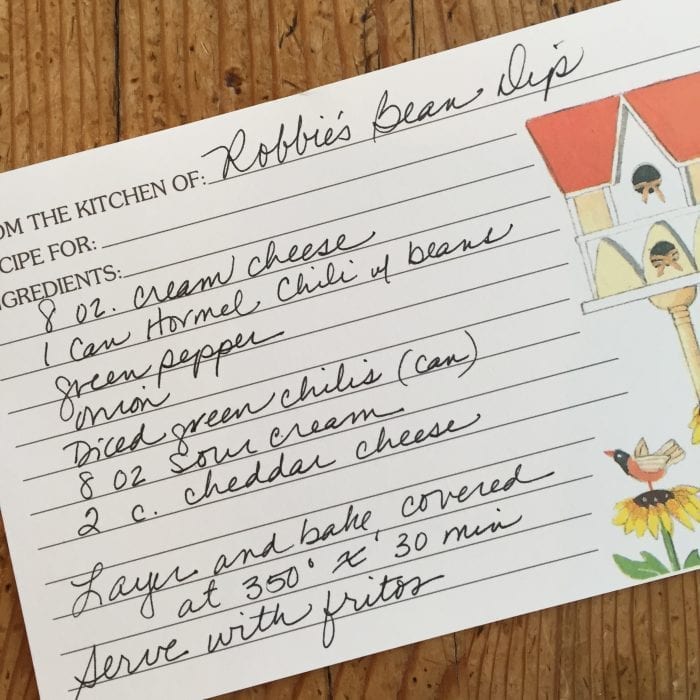 Knowing that we’d be playing over St. Patrick’s Day weekend, I bought a new hat: 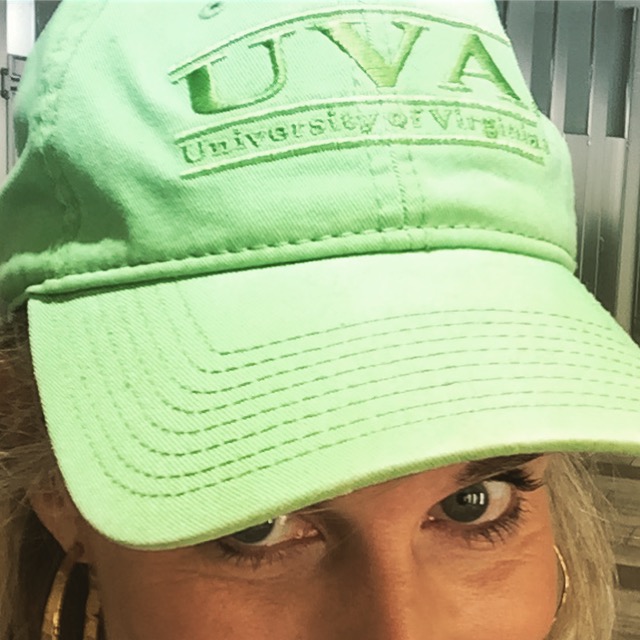 And I even went to the beauty supply store to stock up on extensions and elastic so that even the most closely cropped fellas in our aging fan base could rock a man bun like our Guy: 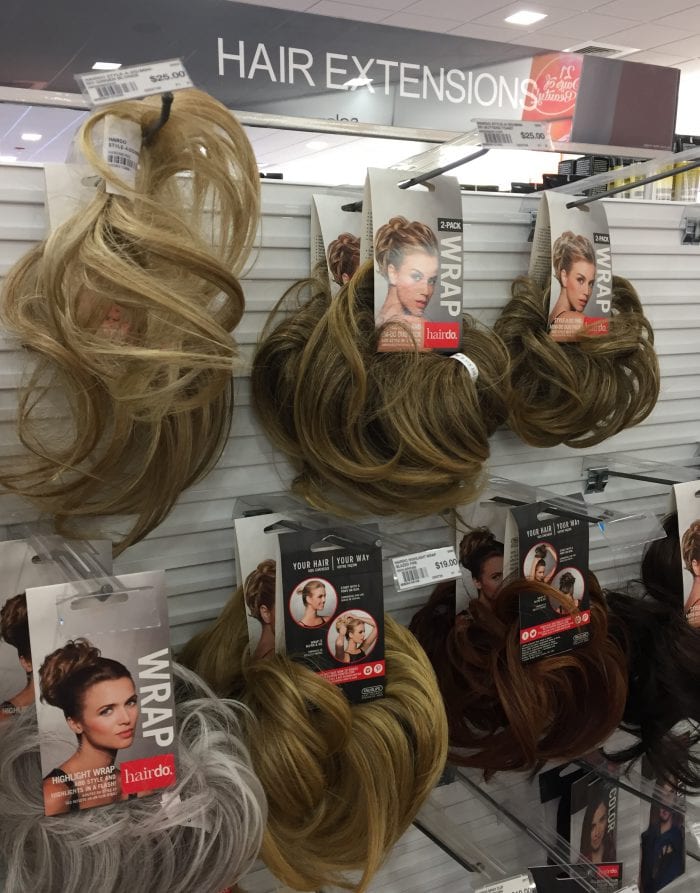 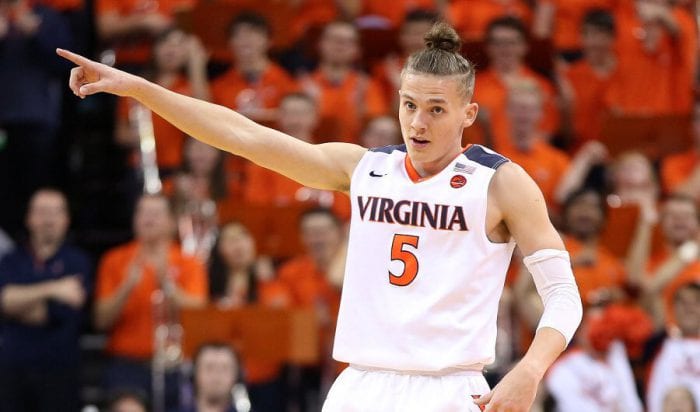 Alas, it was not to be. If you are the one Virginia fan who did not fill out a bracket this year (Nancy), I will go ahead and tell you that our Cavaliers lost.

But the season was still amazing, and to the coaches and players who gave it their all (even the guys who are transferring now because people vary): Thank you. I think I saw every game and, even if you don’t count the one where you so vigorously took Virginia Tech to the woodshed (which I do), it was a very good year.

My favorite basketball memory, though, didn’t come during regulation. My favorite memory was of being at JPJ the night they retired Malcolm Brogdon’s jersey. (And Nancy, he’s the guy who was named ACC Player of the Year and Defensive Player of the Year last year, before moving on to light up the NBA by doing some very un-rookie-ish things, like dunking on LeBron.)

During the jersey ceremony, Brogdon got up and, in a speech that he said he hadn’t expected to make, he thanked his mom. That right there stole my heart. On the “Good Son” scale, throwing some public love on your mama ranks even higher than showing up for your 8 a.m. class. Like I said, smitten. 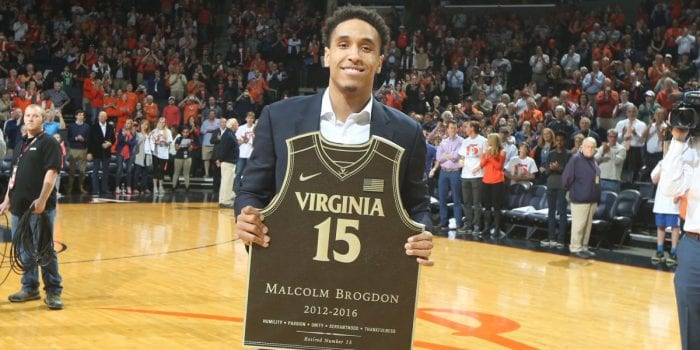 But that wasn’t all. Brogdon also thanked God.

“While I was here in my five years,” he said (and the man got his masters in public policy, so don’t be thinking victory lap), “I learned about having a faith and that, if everything else fails, your faith in God – your relationship with the Lord – will carry you through.”

If everything else fails, your faith in God – your relationship with the Lord – will carry you through.

Those are some very smart words. (Did I mention that Brogdon turned down Harvard to attend U.Va.? As one would.)

And on that happy note, Tar Heel fans, I will wish you the best. Basketball seasons (like so much in life that we mistakenly allow to define us, or to dictate our happiness) come and go, and I truly hope yours lasts ’til next Tuesday. But if not, don’t let that get you down.

Take a page out of Brogdon’s book, and go celebrate life’s biggest win. 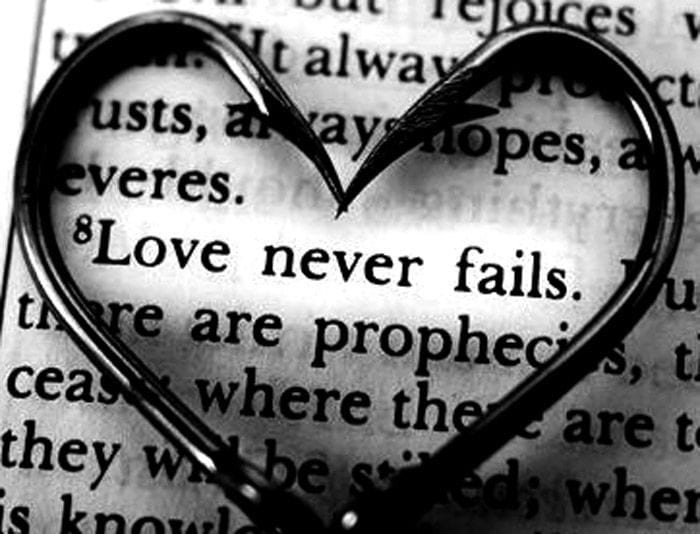