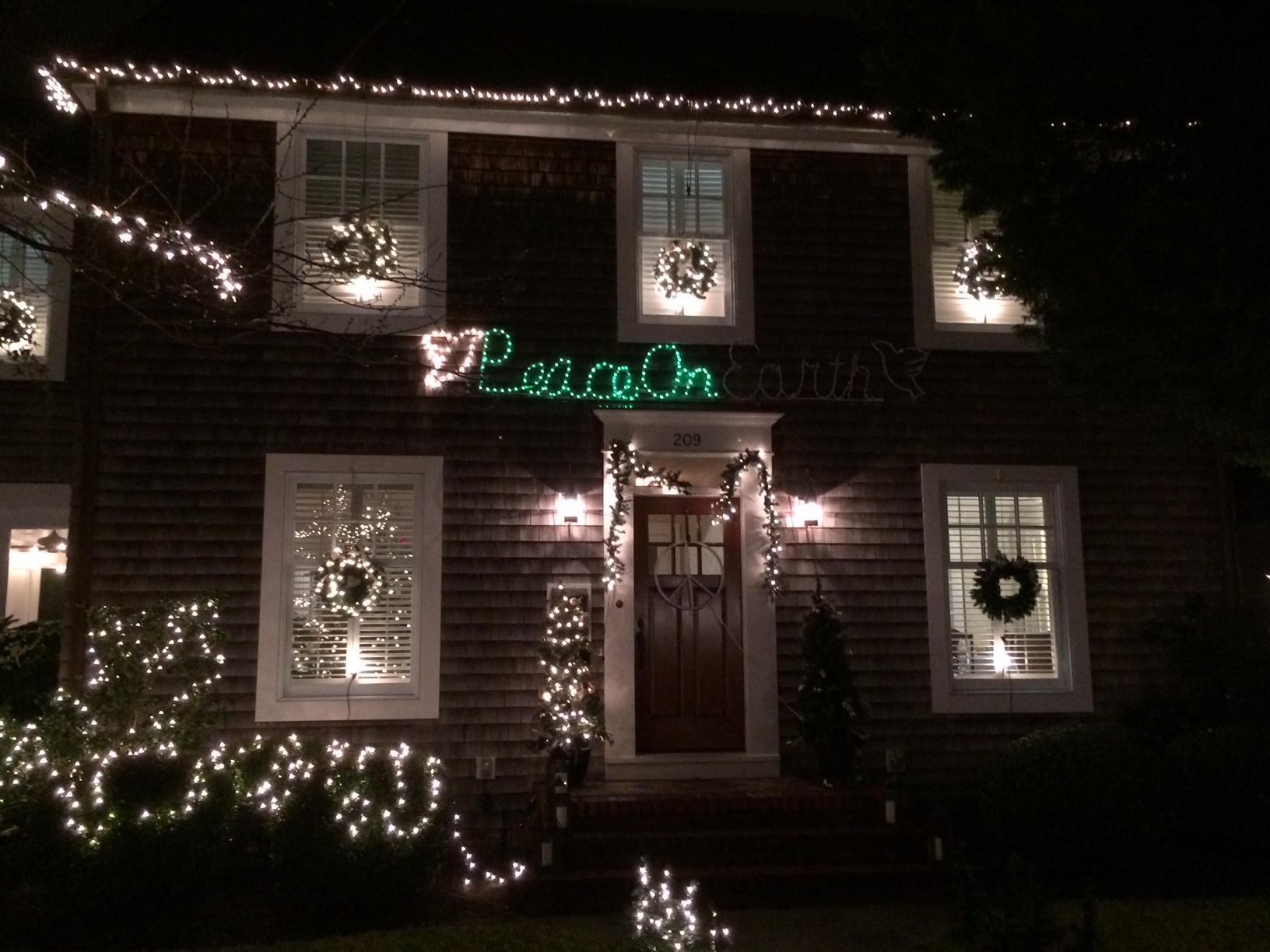 I suppose every community in America has own version of Grand Illumination, but I must admit to being partial to 43rd Street in Virginia Beach, which gets “lit again” every year on the first Sunday in December.  It’s a tradition that reportedly began when a few well-intentioned residents put up colored lights for their kids and drew the more socially respectable “white lights” crowd–whose complaints sparked a rebellion of Christmas cheer. Take a stroll down the pedestrian-friendly block today and you’ll find everything from dancing Santas and falling snowflakes to a giant replica of the “fragile” Leg Lamp made famous in A Christmas Story.

It’s a remarkable, joyful display.  That being said, the residents are not professional decorators or master electricians, and things don’t always go as planned.  One year, one of the homes featured a real live corps of marching tin soldiers.  It was a brilliant concept tempered only, it would appear, by overabundance of eggnog. Another time, one holly jolly husband decided to board up the windows on house the able to “wrap and bow” are ambitious move at probably triggered some sort of post-traumatic holiday disorder in his wife, is condemned to spend the entire season in darkness.

Perhaps my favorite whoopsie, the happened last year. Robbie and were bundled up against the cold, along with several hundred happy revelers, and as made our way down the street, came on beautiful old beach cottage. The crowd prepared to take in new display, the homeowner flipped the switch, and…Peace On.

That was it.  Maybe it was the fact it had rained earlier in the day, maybe it was a faulty extension cord, maybe it was some “Made in China” conspiracy to derail the American Christmas spirit, but for whatever reason, that’s all we got.  Not Peace On Earth or Peace be with You or even Peace Out.  Just Peace On.

And it is perfect.

It reminded me of John 14:27, where Jesus says, “Peace I leave with you peace give to you…Do not let your hearts that troubled, and not afraid.” Paraphrased (and perhaps with nod the ’70s), I think the Lord might well have been saying, “Peace on.”

We live in world that is anything but peaceful.  But let’s not grow anxious or upset, and let’s not give into fear. Instead, let’s keep God’s promise in mind. He has give us peace–he is our peace–and even if can’t memorize their whole of John 14:27, can still take hold of unshakable security that put our trust in christ and proclaim, along with the heavenly host, “Glory to God in highest, and on earth peace, good will toward men.”